To my surprise, it’s only been a month since my last update! I’m actually getting better at these. Let’s crack on with a few updates.

Long story short, it’s not happening any time soon. Essentially as I was working on it, the project ended up ballooning in size and taking up more time than I really felt comfortable devoting to a remake chapter over new content. While I do strongly believe the new Chapter 1 is something that needs to be created, ultimately I also know that you guys want to read new content and I’m just as eager to create it.

So Chapter 1 remake will be something I work on between new chapters going forward. When will it be done? Can’t say for sure but I’m hoping early next year. The new Chapter 1 does not feature any story/plot points that will make future chapters confusing so don’t fret on that part.

Last time I committed to a release schedule and promised to do some kind of punishment if I failed to meet them. Well given I’m about to give you guys a new release schedule… I’ll put together something for you guys. Probably me eating/drinking something gross.

Anyway, things have gotten a little lax in terms of release so I’m cretaing a set monthly deadline.

Each month a new Chapter will be released on Gravston.com on the last day. So this month the new chapter will start on September 30th. The Patreon release will be a week earlier than this, in this case September 23rd.

I’ve honestly let myself slip into some bad habits, as such I’m gonna do my best to hit these deadlines. No silly promises of punishment games or anything like that, I’m just gonna ensure I hit these deadlines for the rest of the year.

Thank you for your patience, and see you all on September 30th for the next Chapter 🙂

Once again it has been a while since I did a blog post here, and for that I apologise. I have a hard time keeping track of things like this but I will try and do better going forward. That said, there’s a few things I need to go over and make you guys aware of, so let’s jump right in.

Recently I – in one of my whimiest of whims – decided I wanted to update the Gravston logo and the fonts I use. I did this for a variety of reasons, central of which was the issue of fonts I was using being unclear in terms of their applicability for commercial use. I was also just tired of the free fonts I was using, and decided to switch over to some very nice fonts I paid for.

Problem is now I have to update all the old chapters to reflect those changes. The actual physical work is done, I will now just be updating the pages on Gravston.com, Smackjeeves and Webtoons over the next month or so. Shouldn’t be too much of a disruption and it gave me a chance to fix some errors here and there, as well as improve readability on Chapter 2.

Hope you enjoy the new logo, I personally love it.

Sooooo, yikes, okay, let’s do this.

I love the current version of Gravston. I love it far more than I do the original version and I get excited to work on it every time. That said, there is one blight on the whole project that I cannot look at and say is up to my standards; the very first chapter.

Which is kind of a problem when you’re trying to attract new readers.

What’s wrong with it? Largely, looking back, I rushed it rather than sitting down and really considering it. It’s too short, operates far too much on assuming you’ve read the first version of Gravston and does very little to establish the world and setting. I’ve had two years to muse over it and in the past few months, those musings have ramped up into me just putting together a new Chapter 1 idea in my head.

As such, I will be replacing Chapter 1 with a new version in the near future. It’ll be longer (between 40-60 pages, much like the first chapter of a lot of manga) and will do more to establish the new setting. It’ll contain pretty much the same story, but with more of a prologue and introduction. I began scripting today, and I’m already proud of what’s come out.

I understand the fear that can come with this. The ol’ redo cycle. Let me be clear – I AM 100% NOT REDOING ANYTHING AFTER THIS. The Forbidden Lovers arc has really allowed me to find my feet writing wise and I am very excited for the next arc.

I just want to be proud of all of it.

Plus I’ll hire someone to sit on me if I try and redo anything else.

The past few Chapters have had a sliding schedule for release, and I want to put an end to that. One of the issues being that the release dates have always been kept to myself,  which means if they need to change… well then I can change them with no worries.

As such I am right now going to post release dates for the next three Chapters that I 100% intend to stick to.

If I fail to meet these deadlines then I will have to do some sort of punishment game.

Feel free to suggest ideas for punishment games in the comments. (Be reasonable, nothing actually dangerous XD)

Months back I did a character popularity poll, which sadly I have yet to produce the image for to announce the winner. As above, I plan on doing this in the near future and will give you a date that if you do not see the image… punishment game.

That’s everything. I hope you’re all doing well and are enjoying the current chapter. Thank you for your continuing support and hopefully content will come out quicker in the future.

Or I’m at your mercy.

Oh god what have I committed to…

I am so happy to be doing one of these again! It’s time for the Gravston Character Popularity Poll 2018! 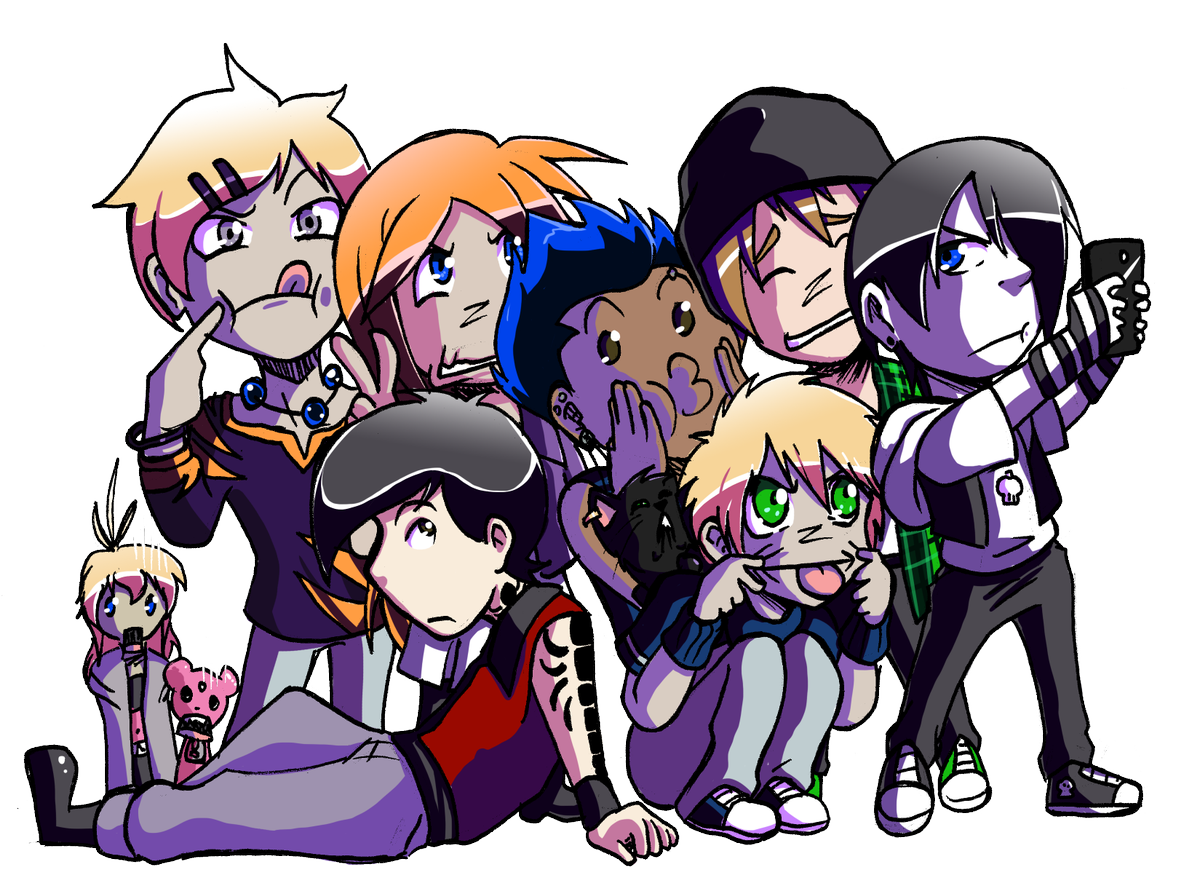 This is the first one of these I’ve done since the reboot, so super interested to see how the results pan out. All you need to do is hop on over to Gravston’s Patreon page and choose your favourite from the list! Can’t see your favourite? Simply leave a comment and I’ll include them in the final results.

Voting ends on March 31st with the results being announced in late April/early May.

Cor blimey, been a while since I did one of these, eh?

Many of you may have been surprised when you looked at your inboxes and saw multiple replies from me to old comments. Sorry about that. What happened is as part of my writing for Chapter 13, I went back and reread every chapter, which I just found easier to do on the site rather than my computer.

Yeah, for some reason the picture viewer on my comp is borked and fiddly and blegh.

As I was doing so, I was surprised to see just how many comments I’d not replied to, and decided to fix that. First and foremost, I want to apologise for not responding right away. I can point to me reading comments on my phone a lot as one cause, or issues where if I reply to a comment through the admin page it seems to not actually post a comment, but ultimately I should’ve been on this sooner. If you guys take the time to comment, I should put the effort in to respond.

So sorry for the spam and from now on, I’ll respond to comments within 48 hours.

Many of you also pointed out typos and while I don’t have time to go through every single one. I have corrected a few issues I noticed from more recent chapters. I also noticed typos not picked up that I will fix at a later date. So you guys know, the following fixes have been made;

Please do continue to post typos and I will try and correct them in batches as I’m working on chapters/storyboard, the usual.